For 4 weeks we had a Robin family making a home in the tree outside out window.  Since I’ve forgotten to post pictures along the way, here they are now, from beginning to end.  It was so fun watching them grow! Hopefully we’ll have more someday 🙂 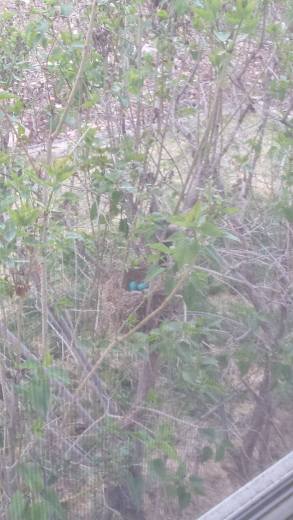 We ended up with 4 eggs, with is the normal number.  It took about 10 days for the eggs to hatch. 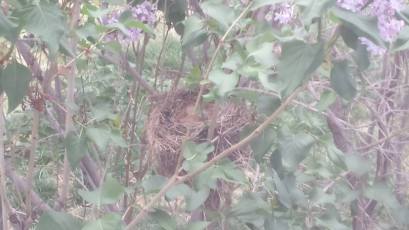 But there were only 3 babies that hatched.  Not sure if the other one was kicked out of the nest or if something got the egg. 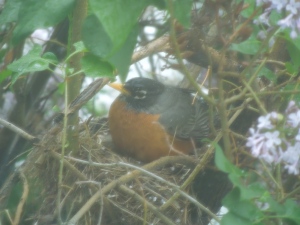 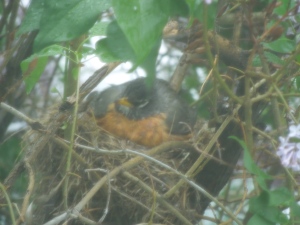 Mama bird wasn’t away from the nest often.  Maybe for 5 minutes at a time.  But Daddy bird helped to feed the babies too and would stand watch while mama was out feeding. 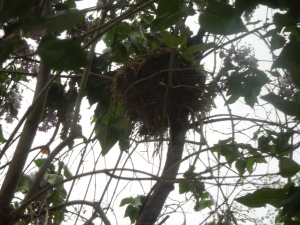 A few days after the eggs hatched it snowed…luckily we got home in time to see the nest at a 45 degree angle in the tree so that we could go out there and prop up the branch with a 2×4.  Mama bird was dive-bombing us the whole time, but at least they all didn’t end up on the ground!  The rest of the tree almost touched the ground… 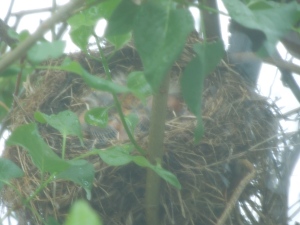 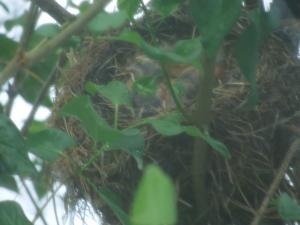 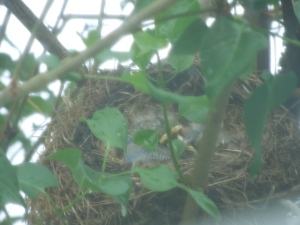 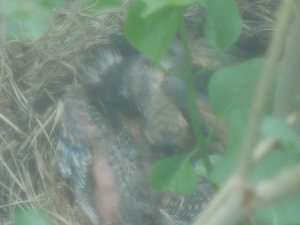 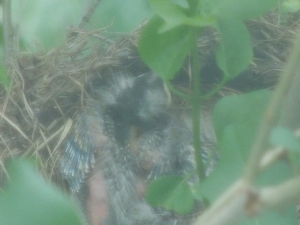 A little blurry…but you can tell how much bigger they are and see all their wing feathers coming in.

can see the eyes and the still giant beaks 🙂 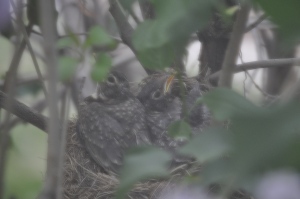 It was almost impossible to get all three of them in the picture though! 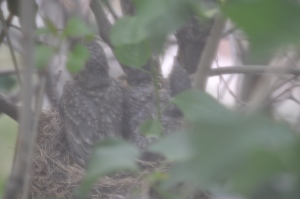 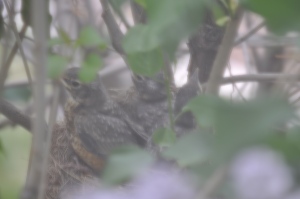 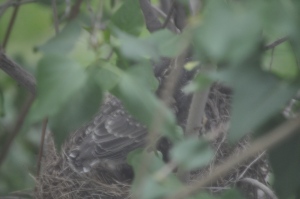 They stayed in the nest for almost 2 weeks, and then one day they were gone.  We hope that they all made it, but we haven’t seen any of them since.  Mom and Dad have moved on too, maybe someday we’ll end up with another nest in the tree so we can watch it all over again 🙂

Such a cool way to spend the first few weeks of spring in our new house!