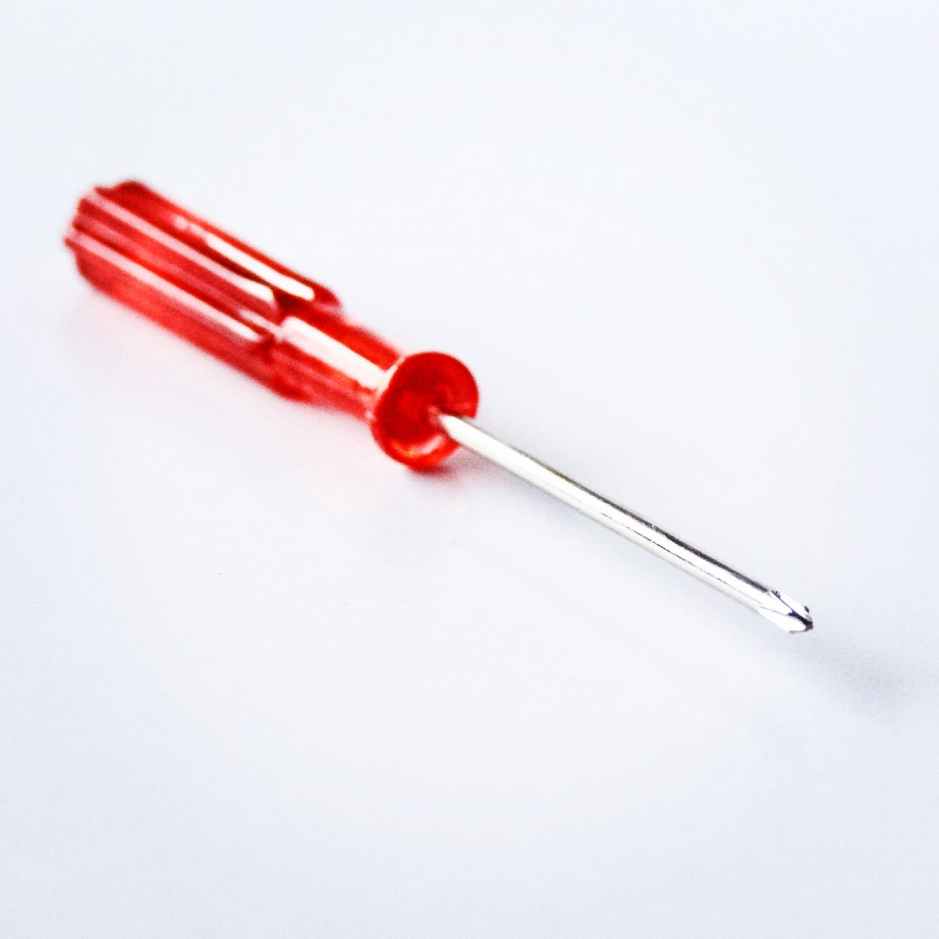 The age-old saying.  Obviously some logic to it.  Sharp edges + potential for tripping = imminent injury.  Well, in the last 20+ months one of the biggest lessons I’ve learned for motherhood is choosing my battles with my little spitfire.

J’s always been a hands-on boy.  All boy.  He wants to get into everything…e.v.e.r.y.thing. And he wants to do it all on his own.  Don’t dare try to open his string cheese for him, or you will then have a tantrum on your hands.  It doesn’t matter if he’s actually capable of doing the task itself, it’s the principal.  He will do it. Period.

I don’t remember exactly when J developed his attachment to screwdrivers.  He loves all tools really, and loves to “help” his Dada with projects around the house.  But at some point he almost constantly asked for a screwdriver – or an “ee ewww” as we now call it.  Doesn’t matter how big, which one, or what kind.  But more often than not, he will ask for one.  And if you want to avoid a huge fit, you may as well just give in and give him one.  So yes, I let my 20 month old mini-tasmanian devil walk, run, jog around the house with an ee-ewww.  It has a pointy end and could certainly do him harm in he were to fall into it or onto it…I try not to think about that part and instead focus on the fact that he knows what that ee-ewww is for and he is content with trying to find every screw around the whole house to fit his ee-ewww into.  Real world skill, ya know.

#2 best thing I’ve learned about almost-toddlers is that giving realistic choices can help save not only time but your sanity as it decreases those oh-so-fun tantrums by a noticeable amount.  “Do you want to open your cheese, or do you want help?”  gives J the option of trying it himself as he so loves to do, or asking for help to get it started – thus avoiding the tantrum (usually).  Plus it gives these power-loving little ones the sense that they actually have the power.  It was their choice after all that they wanted yogurt for breakfast instead of oatmeal…they don’t realize then that they didn’t have the choice of a chocolate donut…which they would fight tooth and nail for it you didn’t give them two very specific items to choose from.

Then there are times when you give choices first and there’s still a tantrum.  A very particular little boy (or girl) will get what he wants come hell or high water, so sometimes it’s just not worth the 20 minute fight when you’ll end up giving in before the day is through.  Yes, there are the things that you will stick to – no running in the street, for example.  But with a toddler I try to remember that while I want to keep him safe and teach him what is right/wrong, I also don’t want to always be saying “NO”.  I want him to have as many experiences as he can.  And if he wants to go around the house playing Mr. Fix-it, than I’m certainly not going to stop him.  He is a sponge and he’s trying to absorb the world around him.  He’s always been hands-on, and I will nurture that learning style to the best of my ability.