Registering for your Baby is kinda overwhelming when it’s your first one.  I remember standing in the bottle isle at Babies R Us and just staring at the seemingly hundreds of different brands, sizes, types of bottles in front of me.  It was like this in pretty much every isle we went through, and the “must have” list that they give you in the store has about 99% of the store on it.  How could all of that be “must have”?!?

Like most parents-to-be, the Hubs and I registered for anything and everything that looked like it might be useful.  I think after all was said and done, we ended up returning the vast majority of it.  Between duplicates and things that we needed to exchange for items we needed sooner, I felt like our registry could have easily just been the entire store catalog.  We had no real plan when we registered, we had no idea what things were more important than others or what brands were best.

At every baby shower I’ve been to since J came along, I’ve given all or most of a handful of items that the Hubs and I found to be the most important items baby related.  Truthfully, outside of some clothes and diapers, we could have gotten away with just these few items and not a whole lot more.  If you have kiddo’s you know what I’m talking about…how many items went unopened, unused, or totally forgotten about?  If you’re going to have kiddo’s in the future, try and remember that most of those pretty things on the shelves that look like they’ll be super useful, aren’t.  For instance, why do they sell tiny clippers and emery boards for tiny baby fingers?  Their fingernails are so soft no emery board will work on them anyway, and regular adult clippers are at least sharp enough to actually cut.  But those pretty baby blue care packages sure make it seem like those are the only way to go…

So, for us here’s the few essentials that I can’t imagine how we’d live without for J or any future babies…in no particular order.

Baby Carrier – no brand specifically but these are a must for anything and everything.  Get one that will fit both you and the Hubby, especially since once baby gets bigger you won’t be able to carry them and you’ll have to rely on Daddy for that. 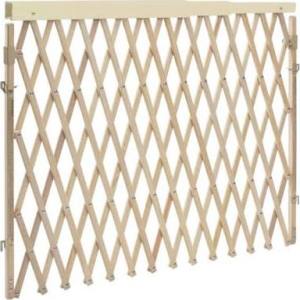 accordian style baby gate – these are great for leaving attached to one side of the wall and they stretch farther than most other gates do.  Just watch for pinched fingers…

Baby monitor with color screen.  We found the Levana one on Woot  for under $100 and it works pretty well.  The battery doesn’t last super long, but no problems when it’s plugged in.  Plus it was 1/3 the price of the name-brand ones in the stores.

An on-the-bed bassinet.  It goes right on the bed with you so you can just roll to your side to see your little one.  Fits newborns up to 3 months or until they start to roll and such.  It even has a little night-light which makes those late night feedings way easy.  Plus you don’t have to get up and walk over to the crib every time it’s time to eat again.  Life saver for us.  Probably the #1 thing I’d recommend to any new mom who is also a little paranoid.

Anglecare Bath support.  I picked this one just because of the looks, but it’s worked out pretty great.  You can use it over the sink when they are little, or in the tub until they can sit up on their own. 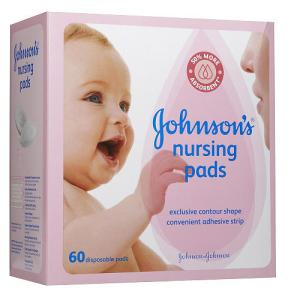 In my opinion, the BEST boobie pads out there.  They are even boob shaped so you can’t tell there you’re wearing a pad at all and they’re soft too, so no additional nipple chaff-age.  Plus they absorb a lot and are small enough that they don’t stick out of your bra. 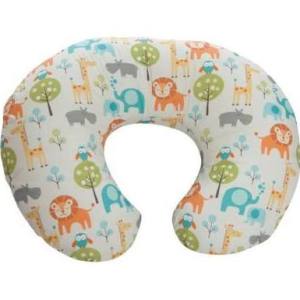 Boppy!  Best invention for helping Mama’s breastfeed out there!  Big help in holding baby until your arms get enough muscle to not feel like they are going to fall off.  Believe me, 7 lbs doesn’t seem like a lot until you have to hold it steady for 30 minutes at a time…

I found this cool gadget later on, but I still think it’s ingenious.  It’s a nipple or toddler nipple that screw onto any water bottle.  Perfect for traveling or on the go.

Britax car mirror. One of the few out there that don’t have that circus-carnival warped look to them.  The straps keep the mirror perfectly positioned and the hard mirror stays steady while driving so you can actually SEE your baby instead of a wobbly warped vibrating mess.

The best teether/rattle ever.  Got ours through Citrus Lane, but you can find them at Buy Buy Baby or Innobaby.com.  Perfect for little hands to hold onto and J has loved it from the start for chewing on.

Baby Elephant Ears.  Neck and head supports.  I’ll have to expand on this story later, but I wish I had found this product sooner.  We ended up using the head support inserts for car-seats, which did the job too. 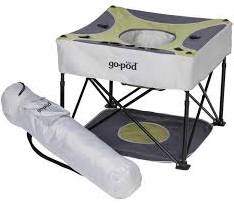 GoPod by KidCo.  Super easy to take with you since it folds up like one of those bag chairs.  Protects the little one’s feet from the ground, and you can attach toys to it or use it as a highchair.  We use ours in the backyard all the time and it’ll be going on camping trips this summer too. 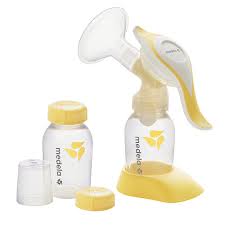 I swear by my hand-pump.  The electric pumps seem nice, but you’ll always go back to the hand pump.

Baby jumper/walker.  This will save you once baby is old enough to support their head and can be in it.  It’s the only way I can take a shower or cook or clean or get a few minutes to myself these days.

Mesh crib bumpers.  I know, I know…yes I said bumpers.  I realize that bumpers are a total NO-NO, but frankly these are the only ones out there that allow air to pass through them reducing the risks of SIDS (compared to other bumpers) and J tends to flail about all night long so it’s the only way we can keep his appendages in the crib.

Nursing bra’s from Target.  For those of you who don’t want an underwire or are used to soft bras.  I tried a few others before I found these and while they all do the job, a lot of the other ones’ cups get in the way once you unclasp them.  These are awesome, I’m going to be really sad when I have to go back to normal bras…

Pack-n-Play.  These have so many uses.  We used ours as the bedside bassinet after 3 months and before J was in his own room.  Then I took it to the office with me and he sleeps in it for naptime.  We got the Lite version which is 25% smaller than the regular sized ones, so it’s great for small spaces or for travelling.

These are a close 2nd to the bed bassinet.  When their noses are so tiny it’s hard for you to do anything for them, even sucking snot out is almost impossible without loosening it up first.  This stuff works miracles. 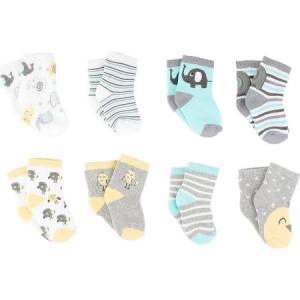 Baby socks.  For those of you who have kiddo’s who refuse to wear shoes.  Also, their little feet get chilly…Even if they do kick one off almost constantly, I still feel better having something between their feet and the air, or the ground.

Travel sound machine. Costs about $10 and is small enough to take anywhere with you.  I use it at the office for just enough background noise to cover up some of the other office noises while J sleeps. 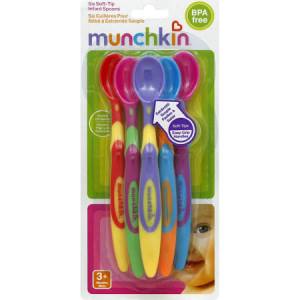 These are the best spoons I’ve come across. Period.
T 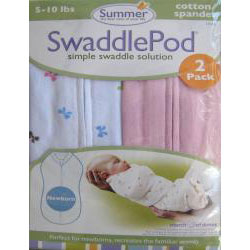 Swaddles are essential for those first few months.  I never got to try the SwaddlePod because I couldn’t ever find them in the stores.  But I’d still recommend that one over the regular swaddles.  Plus there are some other brands out there too (Woombie among many many others.)  Get one with a zipper if you can, Velcro is no fun in the middle of the night… 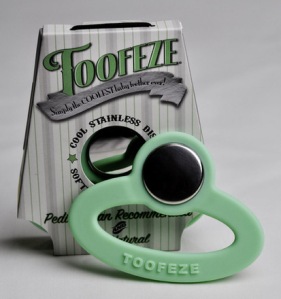 This is a new discovery. A tad $$ but it’s a local Colorado company which is awesome and the stainless steel disk stays cool and doesn’t freeze their little hands off at the same time.  J seems to like it.

Someone told me to just get a big step trashcan instead of a Diaper Genie…I wish I would have listened.  Diaper Genies are great, but they fill up quick and it’s a pain to replace the bag.  Just get a normal trash can, it’ll make your life so much easier.

Zippered footie jammies.  Probably the only thing your little one will wear for most of their first few months.  The zippered ones are much quick to get on and off…how they expect you to snap 15 snaps is mind boggling.  The zippered ones can be a little harder to find though for some reason.

Car Seat strap covers. Wish we’d gotten some of these sooner too.  Those silly straps will rub your little one’s neck raw every dang time they’re in the car seat if you don’t have them.  Just sayin’…

OK, those are our essentials.  If you’ve got any that your family can’t live without, please comment! I love seeing new products 🙂